Why Do Guys Put Fishing Hooks in Their Hats?

You’ve probably seen guys wearing their cool little fishing hats, but no, they aren’t plain, they’re adorned with tons of flashy and colorful fish hooks. So, why do guys put fishing hooks in their hats?

Well, a part of this may be due to usefulness, or in other words, with the hooks in the hat, they’re easy to get to at a moment’s notice.

However, although we would like to say that fish hooks in hats are all about being useful, a large part of this simply has to do with style and looking cool.

Why Do People Put a Fish Hook on Their Hat? 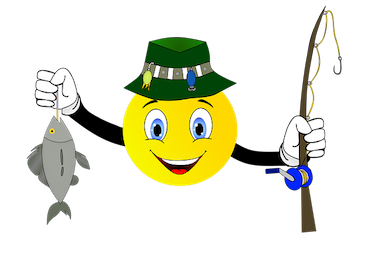 Alright, so the general consensus here is that people often hook this fishing hooks onto the brims of their fishing hats because it is convenient.

Sure, there are plenty of nice tackleboxes out there with plenty of little compartments and dividers to keep fish hooks separate.

However, when you are in the middle of fishing, sometimes it’s not feasible to go rooting around the in the tacklebox, not only to find a hook, but to untangle it from everything else in the tacklebox too.

With the fish hooks lined up and neatly separated on the brim of the fishing hat, they’re easy to get to at a moment’s notice and switch them out for the current fishing hook being used.

Yet, as useful as it sounds, it can be somewhat difficult to remove a fishing hook from a hat once it’s really in there, plus if not done right, it can be a bit dangerous too.

All of that being said, it is fair to assume that the number one reason for keeping fishing hooks on a hat is because it looks cool. I

t’s a way of saying “I’m a pro angler, I know what I’m doing, and look at all of my shiny hooks”.

It could be interpreted as a way of showing off a bunch of cool hooks. Just like a Rolex watch or Gucci shoes, this could be seen as a status symbol.

What Side of the Hat does the Fish Hook Go on?

So, if you’re going to put your fishing hooks onto your hat, what side will you put them on? Well, this depends on why you are putting them there in the first place.

If you are putting the fishing hooks in your hat for actual use, for quick access, then you will always want to put them on the side of your hat that coincides with your dominant hand.

In other words, if you are right handed, you’re going to put the hooks on the right side of the hat.

After all, if you are right handed or left handed, you know that using your other hand for anything is relatively hard. Simply put, for most people, the hand that is not the dominant one is relatively useless.

If you are a righty, using your left hand to remove the hook from your hat is going to be nearly impossible.

However, if you are putting the fishing hook on your hat for style and to just look cool, it really doesn’t matter where they go.

The placement of the hook is only important if you plan on taking them out and actually using them. If it’s just for style, where the hooks go is totally up to you.

How to Put a Fishing Hook on Your Hat

So you don’t end up jabbing a razor sharp fish hook into your head, let’s quickly go over how to get the thing onto and off your hat without poking yourself.

First off, although some people will put fishing hooks into the top section of the hat, right where the head is, this is not recommended.

This is a great way to draw blood from that fragile noggin of yours. This is something you should only do with those large 360 degree brimmed fishing hats, and the hooks should really only be put in the brim of the hat, well away from your skin and meaty parts.

Moreover, getting the hook onto the brim or bill instead of the head section is usually much easier too.

Although this is best done with real fishing hats, if you want to attach the hook to the brim, you may also use a baseball cap.

Just beware that if you use a baseball cap as opposed to a fishing hat, you’ll have less brim space to work with.

The first and simplest method to get a fish hook onto the brim of your hat is with a special fish hook hat clip.

These can be purchased for a very low cost and are designed to clip basic fish hooks onto hat brims.

You more or less just have to slide the clip and the hook onto the brim of your hat, and you’re good to go.

If you have a fishing hat with a thin brim, you can always hook the fishing hook directly onto it, as well as onto the top section of the hat too.

Although, beware that this will put holes in your hat. Anyway, take the hook and lay it flat against the brim or top section of the hat.

Now thread the sharp end of the hook through the hat, so it goes into the hat once and then comes back out the front.

It’s not unlike sticking one of those poppies or pins onto your coat. Just threat it through once and ensure that the hook is flat against the hat.

Beware of stabbing yourself here. Most people who do this will use a little rubber or cork stopper, a very small one, to cover the pointy end of the hook.

The bottom line is that having fish hooks on your hat is more a status symbol and something to make you look flashy, rather than actually being useful. Yeah, it can be useful in some cases, but darn does it ever look cool!