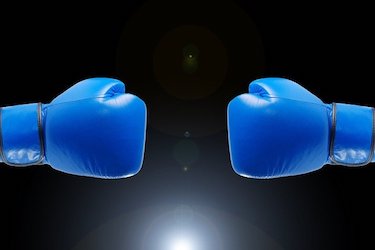 Why Do Catfish Fight & Eat Each Other?

Catfish are actually quite aggressive, and they tend to lash out when provoked, especially when provoked by other catfish. Yes, catfish do fight each other, and quite often at that. So, why do catfish fight and eat each other?

In terms of fighting each other, there are three main reasons why catfish do this, which is due to food, mating, and territory, as well as to decide the rank within the group.

In terms of eating each other, this generally tends to happen when you have catfish of greatly varying sizes in the same area, when the area is overcrowded, and when the fish are underfed.

Why Do Catfish Fight Each Other?

As noted above, there are a few different reasons why catfish fight each other, four in fact, so let’s take a quick look at each of them.

As is generally the case in the animal kingdom, whether we’re talking about catfish jostling with each other, or two guys fighting in a bar, the main reason why catfish fight is to compete for the right to mate.

The need to mate, to reproduce, and to pass on genes to create a future generation is perhaps the biggest driving force, the number one instinct that rules all animals, whether catfish, humans, or anything in between.

Sure, for humans it might be more about just the sex than it is about reproduction, but you get the point.

Male catfish can be extremely aggressive with each other when it comes to fighting for the right to mate.

The next reason why catfish might fight with each other has to do with competing for food. Catfish are quite aggressive and competitive by nature, and this can be clearly seen when catfish are fighting for food.

They will go to great lengths to secure their next meal, and yes, this includes having a huge brawl with any other catfish in the area.

Just like any other animal on this planet, a catfish must eat to survive, and if there is not an abundance of food present, they will be forced to fight for their next meal.

Catfish are also quite territorial in nature. Once they make an area their own, they will defend it even to the point of death.

It might be funny to think that this super goofy looking fish is willing to quite literally give its life to defend what it perceives to be its home, its property, but this is exactly how it goes.

Catfish really don’t want other catfish encroaching on their territory.

The fourth reason why catfish may fight with each other is to decide the group ranking.

Yes, just like other animals that live in groups, there is a hierarchy, and as is the case in the animal kingdom, who is at the top of the hierarchy is generally decided by who is the biggest and the strongest.

The catfish to win the most fights is the alpha, so to speak, and yes, this does matter.

For instance, those at the top of the hierarchy are the ones who get to eat first, and they get to choose their mate as well.

Yeah, it really all comes back down to food and sex, two truly amazing things in this world.

How To Stop Catfish Fighting

Ok, so now that we know exactly why catfish fight with each other, we can now provide you with some tips on how to get them to stop fighting.

The Proper Male to Female Ratio

If catfish are struck by the need to mate, then those males will compete for the right to mate with the females.

Therefore, the best way to stop this from happening is to ensure that you have the proper ratio of females to males.

Obviously, if there are more male catfish than females, those males will be forced to compete for the right to mate.

However, if there are more females than males, even a ratio of two to one, then there will be no reason for the males to fight.

Give Them More Space

Seeing as catfish will often fight with each other in order to defend their territory, a good option to go with here is to either take some catfish out of the pond or aquarium, or to make the space in which they live much larger.

The less crowded any given space is, the more room each of the catfish will have to maneuver and to live, thus decreasing the need to be so territorial and to fight for space.

Seeing as fights often break out over the right to eat, a good way to stop catfish from fighting is by making sure that you provide them with plenty of food.

The more food you give them, and the more well fed all of the catfish are, the less likely they are to fight over scraps.

Why Do Catfish Eat Each Other?

Ok, so not only will catfish fight each other, but them eating each other is also a rather common occurrence.

Yes, catfish are cannibalistic in nature and have absolutely no problems feeding on each other.

Now, there are three main reasons why catfish may eat each other, so let’s take a look.

The first reason why catfish might feed on each other is due to overcrowding. If there are way too many fish in the same area, then catfish might feel pressured to fight for their territory.

Moreover, if there are way too many fish in the same area, then it is likely that there is not enough food to go around, in which case overcrowding may lead to underfeeding.

Catfish just don’t like when there are too many of their own kind in the same area and therefore may eat each other to rectify the situation.

OK, so yes, underfeeding can be related to overcrowding, but it doesn’t have to be.

For instance, if you have four catfish in one single pond and you don’t feed them at all, chances are that after a week or two there will only be one fish left.

The biggest and strongest one that has managed to keep itself alive by eating the others. Yes, it is indeed a fish eat fish world out there, and if one fish does not have enough to eat, it will eat the other fish.

This is not only the case with catfish, but catfish are definitely well known for it.

The other main reason why catfish may eat each other, although it is related to both of the previous reasons is that one catfish is much smaller than the other.

Simply put, if you have a catfish three times the size of the other, the smaller one is likely to be seen as an easy treat and a tasty snack.

How To Stop Catfish From Eating Each Other

Generally speaking, the ways to get catfish to stop eating each other are more or less the same as how to get them to stop fighting with each other.

If catfish are eating each other because the space is overcrowded, then the simple solution is to reduce the population in that given area.

You can either reduce the population or you can move the fish to a much larger space where they will have more room to move.

On that same note, if the reason why your catfish are eating each other is becuase they are underfed, then the obvious solution is to give them more food.

Now, you might not be able to control the size of the catfish that you have in a pond, but with that said, if there are any that are much smaller than others, they are likely to be eaten.

So, you may want to remove them from the area. However, it would not be inside if the space is not too small and all of the fish are well fed, then cannibalism should not occur.

When Do Catfish Eat Other Catfish?

Catfish eat other catfish when they are hungry, when the space is overcrowded, and when the smaller ones just cannot get away from the larger ones.

As you can see, these funny looking fish are actually quite aggressive, territorial, hungry, and driven by the instinct to mate.

It is very likely that if you have catfish in a pond, at one time or another, you will see them brawl.