We humans are a voracious bunch, and we tend to eat anything that we can fit our mouths around, and yes, you guessed it, this includes the stingray.

So, what does stingray taste like, and can you eat it? Yes, you can eat stingray. Stingray meat, when cooked properly, has a very flaky yet dense texture, like a really heavy fish, and in terms of taste, the flavor is like a mix of a white-fleshed fish and lobster.

There’s a lot more to know about catching, cooking, and eating stingrays, so let’s take a closer look right now. 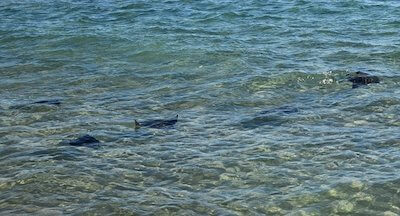 Can You Eat Stingray? Is It Safe to Eat?

Yes, stingrays are safe to eat. They are just like any other fish or type of seafood, or any other meat that we eat. A stingray is not like a pufferfish and is therefore safe to eat.

Now, do keep in mind that stingrays have venomous barbs that run along their spines, so these, as well as the venom glands should not be eaten.

That said, stingray venom is relatively untested and has not been researched all that much. The point is that many people around the world eat stingray, especially grilled stingray, and they all seem to be perfectly fine, but of course, eating venomous spines is not recommended.

On a side note, ingesting venom orally is usually not poisonous, as venom has to be injected under the skin, generally right into the bloodstream.

However, most people stick to eating the wings of these magnificent creatures, not because of the venom, but because that is where the most meat is.

Side Effects Of eating Stingray

There are a couple of minor concerns related to eating stingray, although these are normal and basic concerns that often arise with many other foods as well.

Is it Illegal to Eat Stingrays?

No, it is not illegal to eat stingrays. Through a good deal of research, we have concluded that there are no countries out there that have laws against eating stingrays.

However, catching them is a different story. In many places around the world, you will need a basic fishing license to go fishing, whether for stingray or anything else.

Moreover, there are also seasons that must be adhered to, with some times of the year being ok to fish for stingrays and other times where it is prohibited.

In this sense, it’s really no different than fishing for any other sea creature. You may need a fishing license or a specialized license, there may be catch limits, and there may be certain times of the year where it is prohibited.

To be fair, this is not exactly an easy question to answer because there are around 200 countries out there, and laws differ in each one. 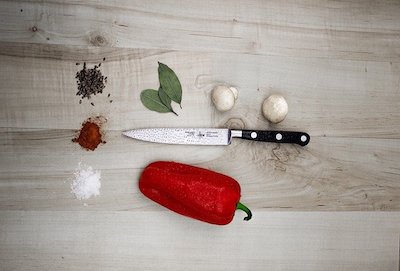 Just like with any other food out there, well, most of them anyway, eating stingray does come with some benefits.

Besides the fact that stingray meat may contain some heavy metals and unwanted compounds (due to the environment they reside in), the meat actually has a lot of nutritional benefits.

Let’s take a look at some of the nutrients that stingray contains and what they can do for you.

How To Catch A Stingray

If you plan on eating some tasty stingray, but you don’t want to pay huge amounts of money for store-bought stuff, especially when you don’t know what has been done to it, you can go catch your own.

There are various known methods that you can take advantage of to catch a stingray.

If you are going for a smaller stingray, anything with a wingspan up to 2.5 feet, you can use a basic fishing rig.

You do want to have a strong rod, one with a good deal of power and a relatively fast action rating, as these things can be fighters.

Some really strong braided fishing line is also called for, as well as a good tri-hook. In terms of bait, they enjoy eating a variety of fish, fiddler crabs, and shrimp. Keep in mind that stingrays generally reside in shallow water.

Another good way to catch stingrays, a really old school method, is via spearfishing. Now, you can choose to use a handheld spear, which is very traditional, although definitely not easy.

Most people who fish for stingrays using this method will use a spear gun.

The other way to catch stingrays, if you know where they are, is by using a very large net.

If you can get your hands on a large casting net, and you can cast it to where there are stingrays, you may be able to net one.

When it comes down to it, stingrays are really not all that dangerous. For the most part, these are very docile, shy, and peaceful creatures.

Unless they feel threatened, they are more likely to swim for cover and to hide than they are to launch an attack.

That said, although fatal stingray attacks are very rare, they do occur. Let’s not forget that it was a stingray that ended the life of popular TV personality, conservationist, and animal lover, the so-called Crocodile Hunter, Steve Irwin. However, most agree that this was a fluke, a freak occurrence.

Now, stingrays do have venom which is located in the barbs that run down their spines, all the way to the ends of their tails.

That tail can act as a spear, and as was the case with Steve Irwin, it can puncture the heart or other organs, thus leading to death.

The venom itself, if injected into humans in large quantities, can also be fatal. Once again, stingray related fatalities are very few and far in between.

How To Clean a Stingray

If you do catch yourself a stingray, just like with any other fish or sea creature, you need to clean and prepare it before it can be consumed.

Let’s go through a quick step-by-step process on how to clean a stingray for safe eating.

How to Eat Stingray: 7 Recipes

In case you have no idea what to do with your stingray, here we have 7 tasty recipes for you to check out.

How to Make Scallops out of Stingray

In case you don’t know, in some places around the world where people need to make some quick cash, stingray meat is often cut into circles and made to look like scallops, with the aim of selling it as real scallops. In other words, stingray can be used to make imitation scallops.

The only thing that happens here is that stingray meat is cut into circles in order to resemble scallops. Of course, they are not really scallops.

The meat does not have the same flavor, and it definitely doesn’t have the same texture either. There is also the fact that in most places, decent scallops are not more expensive than stingray.

What Part Of A Stingray Can You Eat?

When eating stingray, the most important thing to remember is that you must remove the barbed tail due to it being extremely venomous.

If you eat the venomous barbs and the venom, it can cause very serious injuries, mainly due to the sharp barbs. However, the rest of the stingray, mainly the body, can be turned into filets or steaks and is safe for consumption.

Can You Eat Stingrays In Florida And Texas?

In terms of Florida, although it is illegal to own freshwater stingrays, it is legal to consume them. However, it is recommended that any stingray eaten in Florida should come from the Mosquito Lagoon or the Indian River, as the Gulf of Mexico isn’t the cleanest water source.

The story is more or less the same for Texas, where it is legal to consume stingrays when bought through the proper channels. However, they are illegal to own or to keep at home.

The bottom line here is that stingrays do make for some great eating, many cultures around the world eat them, they are safe to eat, and there are plenty of good recipes too.

Who knows, maybe the next time you hook one of these things, whether purposely or not, you might try cleaning and eating it. 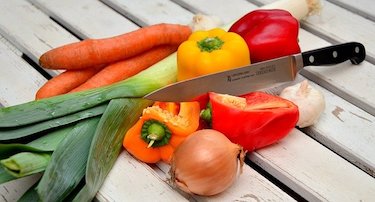 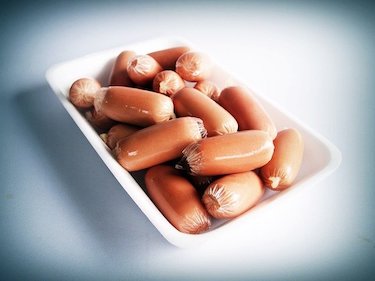 Can You Use A Hot Dog As Fish Bait?

Disclosure: As an Amazon Associate I earn from qualifying purchases. more infoThere are plenty of weird fishing baits out there, with some people going so far as using marshmallows, and yeah, on a side note...