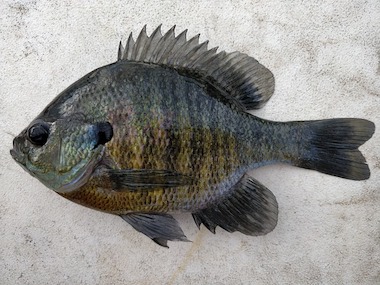 If you are new to fishing then you are probably a bit confused as to what all of the different fish out there are, what the differences between them are, and if certain fish are even different from each other at all. Bluegill and sunfish are very popular to go for, but that said, is a bluegill the same as a sunfish?

Are Bluegill & Sunfish The Same?

OK, so as we mentioned above, bluegill and sunfish are somewhat the same thing. A bluegill is just a specific type of sunfish.

In case you didn’t know, there are nearly 30 different kinds of sunfish out there, and the bluegill is just one of them.

All bluegill are sunfish, but not all sunfish are bluegill. So yes, technically speaking, bluegill and sunfish are kind of the same thing.

With that being said, there may be a bit of confusion here because there is one type of fish that people generally refer to as the sunfish, or in this case, the ocean sunfish.

In case you didn’t know, mostly all sunfish are freshwater fish, and yes, this includes bluegill, whereas as the name implies, the ocean sunfish is a saltwater fish.

Differences Between A Bluegill And Other Sunfish (Ocean Sunfish)

Ok, so we are going to do our best here to talk about some of the differences between bluegill and other sunfish.

However, keep in mind that there are 27 different kinds of sunfish, so realistically, we cannot compare the bluegill to all types of sunfish on a side-by-side basis.

Yet, for the purposes of this article, we are going to compare the bluegill to the ocean sunfish.

The fact is that most freshwater sunfish, whether bluegill, crappie, largemouth bass, warmouth, or anything else, are somewhat similar in nature (of course not the same), but there are big differences between the bluegill sunfish and the ocean sunfish, so this is the dichotomy that we will focus on for now.

Just in case you were did not know, bluegill can also be called bream, whereas sunfish can be called salt fish or sea sunfish (or ocean sunfish).

OK, so ocean sunfish are obviously found in the ocean or in other words, they reside in saltwater.

On the other hand, the bluegill is a freshwater fish, which means that they reside in lakes and rivers. One cannot survive in the conditions of the other’s habitat.

For the most part, large ocean sunfish will eat jellyfish. While the jellyfish is the main component of the ocean sunfish’s diet, they do eat other smaller fish as well.

Bluegill sunfish, on the other hand, typically eat smaller insects, very small fish, and even their own eggs.

OK, so bluegill do technically look quite a bit different from most other sunfish out there, but of course the difference between a bluegill and an ocean sunfish is the most pronounced.

Your average bluegill will grow to no longer than 10 inches and weigh no more than four pounds.

On the other hand, in ocean sunfish can be as long as a whopping 10 feet and weigh as much as 2000 pounds.

As you can see, there is a massive difference in size.

Bluegills generally have an olive or gray color with lots of dark bands on the body, with reproductive age male bluegills become darker in color and have purple tones on the upper parts of their bodies.

Ocean sunfish are usually much less colorful, usually being white, brown, or silverish grey in color.

What Fish Are Considered Sunfish?

As we mentioned, there are 27 different kinds of sunfish out there, some of which you may know, and others which you may not (or at least don’t know that they are considered sunfish).

Sunfish are technically known by their family name Centrarchidae.

Below we have a list of the most common types of sunfish out there, particularly those most often found in North America.

Due to the fact that bluegill are sunfish, and because there are so many sunfish out there, this topic can be a bit confusing no doubt. We hope that we have been able to clear up any confusion that you might have had! 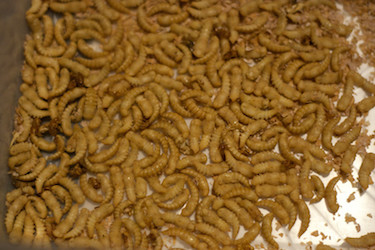 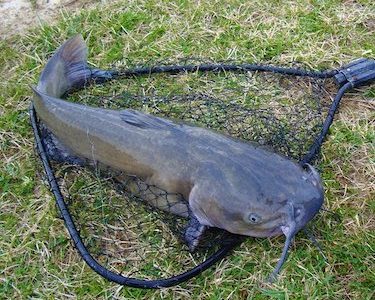