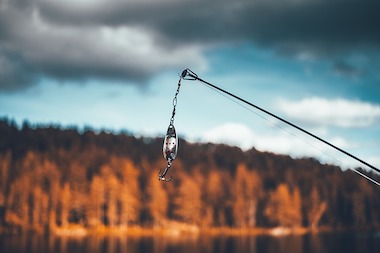 How To Use Drag On Spinning Reels: Helpful Guide

The drag on a fishing reel is one of the most important things that you need to master. Yes, today we are talking about the drag on spinning reels specifically, but technically speaking, most fishing reels will have a drag system incorporated.

Simply put, drag is used by adjusting the drag knob to create a certain amount of tension on the line. In other words, it is a system to stop the line from being pulled out. At any rate, let’s go over how to use drag on spinning reels in more detail.

What Is Drag On A Fishing Reel?

Ok, so first and foremost, let’s talk about exactly what drag on a spinning reel is. The drag system will consist of 2 or more friction plates. The purpose of these plates is to stop the spool from moving when a certain amount of pressure is applied to it.

In other words, this is like a bicycle with disk brakes, except instead of on the wheel of your bike, the discs are on the spool of the spinning reel.

Drag systems can often be set and adjusted to deal with a certain amount of pressure or opposing force. For instance, a specific spinning reel might have a maximum drag capacity of 20 pounds.

If you are running into issues with your spool spinning both ways then here is the solution.

The Benefits Of Drag On A Spinning Reel

You might be wondering what exactly the purpose of drag on a spinning reel is, or on any fishing reel for that matter. Well, it really is quite simple.

The whole point of a drag system is to stop the spool from spinning in the wrong direction and letting out line when a fish is trying to get away. It keeps the line tight and stops the line from unwinding.

Stops Your Line From Breaking

At the same time, the drag system is also used to stop your fishing line from breaking. Going back to our previous example, if your spinning reel has a maximum drag of 20 pounds, if a fish were to apply 21 pounds of force in the opposing direction, the drag discs would release and allow the spool to spin, this letting the line out. The purpose of this is to stop your line from snapping.

For instance, if you have line that can only handle 15 pounds of force, you would have to set the drag at around 5 pounds at most. We will talk about how to compare the strength of your line to the level of drag that needs to be set later on.

How To Set Drag On A Spinning Reel

Now that you know what drag on a spinning reel is, you need to know how to use it, and most importantly, how to set the drag properly. You need to be able to do this so you know how many pounds the drag system is set to before it releases the line.

Once again, this is especially important in relation to how much weight your fishing line can handle. At any rate, let’s go through a step by step process on how to set and use the drag on your spinning reel. As you will see, it is all actually quite simple.

The next thing that you need to do, before you start to set the drag on the spinning reel, is to find out what the breaking point of the fishing line is, the line you will use.

This is extremely important. Now, you might think that if the line is advertised as having a maximum break strength of 20 pounds, that you can set the drag to 19 pounds. However, this is not so.

The drag should never be set to more than one quarter of the pressure it would take to break the line. For instance, if your line has a maximum strength of 100 pounds, you would set the drag to 25 pounds. 100 divided by 4 is 25.

Now what you need to do is measure exactly how much drag your spinning reel is currently set to. You are going to need a digital spring scale for this, you know, one of those scales with a spring and a hook on it, one where you hang things from to see how heavy they are.

So, you have to get your line and the rod set up and ready to go. Thread the line through the eyelets, and leave about 8 inches of line beyond the tip of the rod. Tie the scale to the line, very securely. It needs to be secure so you can pull on it.

This is all made much easier if you have a friend to help you, because now, one person has to hold the rod, at a 45 degree angle with the tip facing up, and the other person needs to pull on the scale.

At first, only the rod will bend, but once the scale is pulled on hard enough, the line will slowly start to come out. As soon as the line starts to come off the spool, you need to look at the scale to figure out how much pressure you applied to the line before it started to move.

For instance, if the scale reads 10 pounds, it means that you had to apply 10 pounds of force to move the line, and therefore the current drag is set at 10 pounds.

Now the only thing left to do is to engage in some good old trial and error in order to make the proper adjustments. Simply turn the drag adjustment knob in the direction you need to adjust it to.

Now, some of these dials come with easy to read measurements and scales, while some do not. If your drag knob is not clearly labeled in increments, you will just have to keep trying. Remember, only make little adjustments, and keep pulling at the scale to see exactly what the drag is set to.

This might take a few minutes to complete, as you might have to adjust the drag a few times to get it right. It can be a bit of a finicky process.

So, as you can see, setting the drag on your spinning reel is about as simple as tying your shoe, or maybe just a little harder. At any rate, you just need a scale, your line, and your reel, as well as some patience and trial and error as well. However easy it may be to set the drag on your spinning reel, it is still very important to do so. If you do not set the drag right, either the fish will keep pulling the line off the spool, or your line will keep breaking, so make sure to do it right. 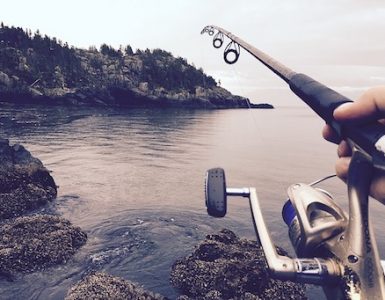 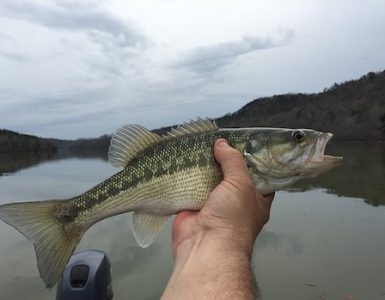