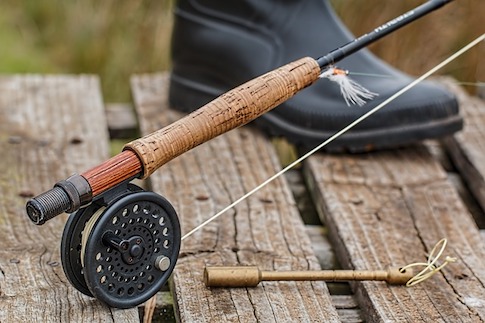 Ok, so you have gotten yourself a fly fishing rod, some line, some hooks, and some bait too. You might think that you are ready to start your fly fishing adventure for the day, but there might be some things that you don’t know. For instance, when you were purchasing your fishing line, did you consider the differences between cheap fly line vs expensive line?

Generally speaking, you will see a difference when it comes to impact, abrasion, and UV resistance, the amount of stretch, the weight capacity, water absorption, length, thickness, and more. Let’s go over the main differences between cheap and expensive fly line right now.

Well, what you need to know here is that the old adage does hold true, you get what you pay for, and when you buy cheap fly line, there are some major difference between it and something a bit more expensive.

One notable difference between cheap and expensive fly line has to do with impact resistant. Impact in fishing is when you hook a fish and jerk the rod to embed the hook in the fish, as well as when a fish tries to pull in the other direction against you.

The point here is that cheap fly fishing will break much easier than expensive fly line when there is an impact such as this. It can make the difference between hauling in a big catch and losing the catch along with your lure.

Another big difference between cheap and expensive fly fishing line has to do with abrasion resistance. If you are going fishing in a river or stream, as tends to be the case when fly fishing, chances are your line is going to scrape across branches, rocks, weeds, and other underwater obstacles.

Cheap fly line will slowly fray and suffer from abrasion damage, whereas the more expensive stuff can handle a lot more scraping and scratching before it comes apart. It’s all about being heavy duty.

Another thing to keep in mind when choosing between expensive and cheap fly line has to do with the stretch.

So, expensive fly fishing line will have good impact resistance, but it should also not stretch too much, this allowing you to easily feel nibbles so you know when you have a fish on the line.

Yet another big difference to keep in mind here is that cheap fly line does not perform so well with prolonged use, especially when it comes to absorbing water.  Cheap fly line will absorb a decent amount of water and will do so fairly quickly.

When fishing lines absorb water, they become much weaker, and this means that they start to stretch too much, they are susceptible to abrasion damage, and they cannot take much weight or impact either.

The next factor to keep in mind when comparing cheap and expensive fly line is that the cheap stuff tends to not be too smooth.

Now, using your naked eye, it is probably pretty hard to tell how smooth fishing line is, but you can tell a bit, especially if you feel it. It’s something you will definitely notice when you go to cast and retrieve the fishing line.

Expensive fly line is usually specially coated to make it much smoother, which means that it passes through the guides much easier than cheaper fly line, and therefore you can get much further casts and smoother retrievals when using the expensive stuff.

Simply put, cheap fly line will not be able to hold as much weight as the expensive fly line, or in other words, the expensive stuff will perform much better when you have a big fighting fish on the line.

Sure, you can get some cheap fly line for fish up to 6 or 8 pounds, but that is about it. If you want fly line that can hold a heavier fish without snapping, you will have to spend a bit of extra money no doubt.

The next thing to keep in mind when trying to decide between cheap and expensive fly line has to do with UV resistance.

Yes, the sunlight can cause fly line and fishing line of all sorts to disintegrate, quite literally. At the very least, the sun, especially lots of it, will damage fishing line and compromise its integrity.

This is something that cheap fly line often suffers from. On the other hand, expensive fly line will usually be specially coated so that it can resist UV damage, at least partially.

However, quantity is honestly about the last thing you should be going for here.

The final thing to keep in mind between expensive and cheap fly line is that the more expensive stuff will usually be a bit thinner.

Now, being thinner is not bad here, because thin line can still be very strong, but the big advantage with the thin stuff is that you can fit way more on the same spool, and therefore, when using the expensive stuff you can usually fish longer distances than with the cheaper stuff.

You just won’t be able to fit as much line on the spool if you are using cheaper fly line.

If you need some fishing spot ideas, we have covered the best 8 fly fishing spots in the US over at this article.

As you can probably tell, it is indeed worth it to shell out a few extra bucks for some high quality fishing line. Going for something super cheap really is not worth it at all.

Now, if you plan on only fly fishing for a couple of hours here and there, and you are not going for huge fish, then sure, some cheap fly line will do. However, when it comes down to it, you get what you pay for, so investing a few extra dollars for something of a better quality is recommended. 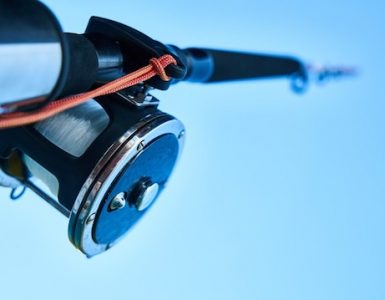 Difference Between Saltwater And Freshwater Rods

Disclosure: As an Amazon Associate I earn from qualifying purchases. more infoThere is no doubt about the fact that fishing is an amazing sport, hobby, and means of survival too. There are hundreds of different fish... 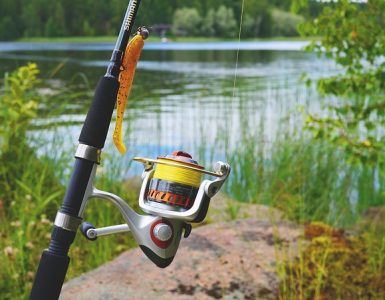 Disclosure: As an Amazon Associate I earn from qualifying purchases. more infoWhat is right for one person might not be right for another. With that being said, when it comes to fishing reels, there are 2 main choices...