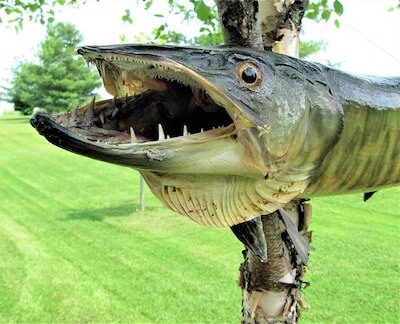 If you are an avid angler, one of the fish you might go for is the muskie. These are some pretty serious fish that can get quite large, with an average length of well over 40 feet, and with an average weight of up to 36 pounds. If you catch one, there’s a whole lot of meat that you can cook.

That said, can you eat muskie fish? The answer is yes, absolutely can you eat a muskie fish. Some people even claim that it is the best tasting freshwater fish out there, right at the top with bass and pike. Let’s talk about everything there is to know about eating these big boys. 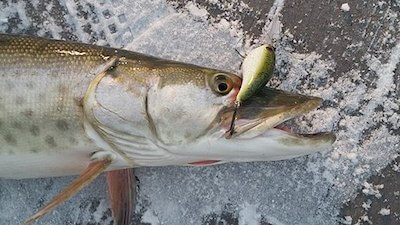 Is A Muskie Fish Edible?

Yes, a muskie fish is 100% edible. There is no reason why it would not be. In fact, most people say that they taste quite delicious.

Now, muskie fish do have some large bones in the filets, but they are fairly easy to remove with the proper technique, and once those bones are gone, the remaining meat is very tasty.

That said, one of the reasons why people do not eat muskie fish is because they are hard to find and to catch.

Reeling in a large muskie, and even finding it in the first place, is nothing like going for a much smaller perch, walleye, or crappie. Simply put, it’s a rare fish that takes a lot of work just to find.

Although the muskie fish is hard to find, it’s more than just edible, as these fish are loaded to the brim with healthy components such as lots of protein, calcium, iron, magnesium, potassium, zinc, and even a decent amount of Vitamins A and C, as well as some B Vitamins too.

However, you do want to be careful not to consume an absurd amount of muskie, especially when it comes to large and old specimens.

Because they are apex predators, depending on the area, muskie fish may have fairly large concentrations of mercury and other heavy metals.

There are some areas in the USA where mercury levels in large muskies exceeded safety guidelines, and it is recommended that in some places, people not eat muskie more than six times per year due to mercury toxicity, and that pregnant or nursing women, as well as men and women who want to have kids, should stay away from it altogether.

However, this is just one example of muskies with mercury toxicity in Green Bay USA, and this is not the case with muskies in all places.

What Do Muskie Fish Eat?

Muskie fish, as mentioned above, are generally the apex predators in their environment, and yes, it all has to do with size.

A muskie’s diet consists mainly of smaller fish, really whatever it can fit in its mouth, whether minnows, gizzard, small perch, crappie, and walleye, and more.

The diet of the muskie fish is not just limited to other fish however, as these large predators will happily eat frogs and tadpoles, ducks and other birds, and even mice, rats, and many other mammals.

If a muskie can catch it, and if it will fit in its mouth, it’s fair game when it comes to the dinner table.

What is interesting to note is that muskie are known for being ambush predators, often hiding under and behind weeds, waiting for the opportune time to strike.

Most people say that muskie fish actually tastes very similar to bass and pike, and in fact, for those of you who don’t know, a muskie or muskellunge is actually apart of the pike family of fish.

Now, due to the fact that these fish are so hard to find, most people shy away from eating muskie, which is why it is actually super difficult to find any exact references as to what this fish tastes like.

However, let’s keep in mind that this is a large freshwater fish, so chances are that the meat will be fairly dense, somewhat sweet, and from various accounts, it does have a decent fishy flavor, although not overpowering.

If you are going to eat muskie, get ready for somewhat mild, sweet, and flaky white fish.

How Do You Clean And Prepare A Muskie? 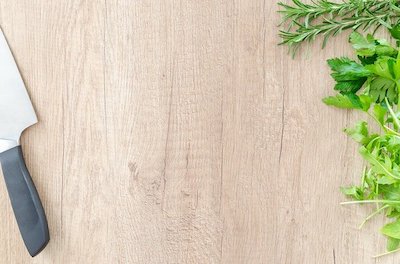 If you do happen to catch a muskie, before you can fry or grill it, or whatever else you want to do with it, you will need to clean and prepare it.

The process for cleaning a muskie is really not any different than with any other fish. The only problem is that if you get a really big one, due to the size, there is going to be a fair amount of work involved.

Follow the steps outlined below to clean your muskie.

How To Filet A Muskie Fish

With your muskie gutted, cleaned, and stripped of scales, now you can start making decent sized filets that you can then pan fry, bake, grill, deep fry, and anything in between.

Fileting a muskie is not hard, but it does need to be done right, and due to the large size of this fish, make sure to have a good knife, a sharp and relatively long one.

Follow the simple steps as outlined below to accomplish this task.

How Do You Cook Muskie Fish? Recipes

Let’s quickly go over a few good muskie recipes that you can easily make, some of the most popular recipes out there.

Now, this recipe can be used for any sort of fish with white meat, which is why it is so versatile.

It involved making a simple batter to dunk the fish in, complete with some spices, and then deep frying it in hot oil.

It results in a super crispy, flaky, and tender fish, and you can then choose to use any sort of topping or dipping sauce. It’s best served with good old French fries.

One of the most popular ways to make this fish is baking.

This is very simple, because you just season the fish with some lemon, pepper, and salt (and other spices if you choose), wrap it in foil, bake it, and regularly baste it with butter and water.

It ends up tasting absolutely delicious.

This is another one of those super versatile recipes that can be applied to all sorts of meaty white fish.

It involves breaking the fish down, adding a bunch of breadcrumbs, eggs, and a whole lot of herbs and spices, then forming little fish cakes, and pan frying them.

This particular recipe calls for some specialty wild rice to be served on the side.

In case muskie is not a taste that you are a fan of, there are some other tasty fish that you can choose to cook up instead.

In terms of freshwater fish, one of the most popular ones in terms of taste is trout, and this goes for all types of trout.

Trout has a relatively sharp fishy flavor, which is great if you really enjoy fish, and it has flaky meat with a delicate sweetness.

Another super popular and tasty freshwater fish you can go for is the catfish.

These are best deep fried, but it can be smoked or baked as well.

Catfish is not as flaky as other fish, a bit moister, but it does have a sweet and mild flavor which many people enjoy.

A very common fish that is easy to catch in large quantities is the crappie. Crappie has sweet white meat with a relatively mild fishy flavor.

Ok, so we couldn’t resist throwing a saltwater fish into the mix, because after all, let’s face it, saltwater fish have a very unique and enjoyable flavor that you just don’t get from freshwater fish.

Salmon does have a strong fishy taste yet is also sweet. People love its fattiness, and it tastes great when grilled, smoked, pan-fried, and many other ways too.

The bottom line is that muskie are edible and most people do agree that they taste great. There are so many recipes to choose from, that you really can’t go wrong.

That said, due to the rarity of the muskie fish, people often choose to eat fish that are easier to catch and more plentiful.