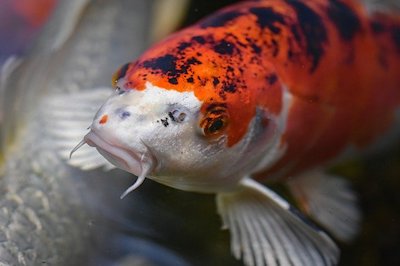 Can You Eat Koi Fish? Is It Safe?

You have probably seen plenty of Koi swimming around in ponds in your lifetime, particularly when anything Asian is concerned. Koi are very popular fish to keep in ponds, and yes, they do look really nice.

With that being said, can you eat koi fish and is it safe to do? The answer here is yes, you can technically eat koi fish, it is safe, and no, they are not poisonous. That said, koi fish are a type of carp, and carp in general is not exactly known as being tasty to eat. 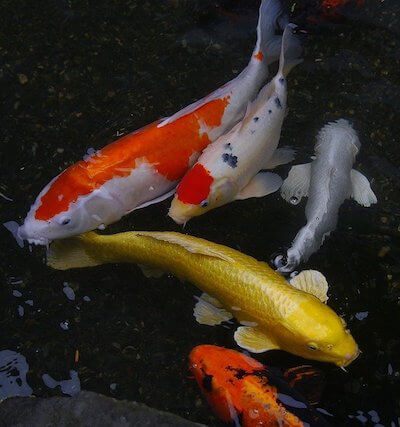 Technically speaking, yes, koi fish are perfectly edible. That said, koi is a type of carp, and as mentioned above, they are not exactly enjoyable to eat, particularly those that live in muddy ponds.

For one, koi and carp meat in general is known for being somewhat tough, dense, and chewy, which is why many people do not like the texture.

Moreover, although some koi can taste okay, particularly when caught in large lakes that are fairly clean, they still are not known for tasting very good.

They tend to have a mild yet odd fishy flavor, and for the most part they taste quite muddy. If mud is something you find enjoyable, then you might find koi to be fine. Also, koi fish are known for being really bony too, something else that doesn’t exactly scream EAT ME!

As you can probably tell, one thing that most people agree on is that koi fish do not taste good. Of course, this is a matter of personal preference.

There are many foods out there which the majority of people don’t like, yet there are always those people that say it tastes great, and this is definitely something that applies to koi fish.

That said, for the most part, people agree that it is not an overly enjoyable fish to eat.

For some reason, there is this myth that koi fish are poisonous and can be toxic to eat. People, this is nothing more than a myth.

It is not true in any way, shape, or form. Koi are not pufferfish and they are in no way venomous. Their meat also does not contain any poisonous compounds.

So, in this sense, koi are perfectly safe to eat, although whether or not you actually want to is a whole different story.

Up until the mid 1800s, people in China actually bred koi specifically as food, although this probably had more to do with necessity than anything else.

However, if you keep koi in backyard ponds, especially small ones that are not kept very clean, your koi could have a buildup of various elements that are naturally present in the water.

This can definitely make them less healthy to eat, and it can affect their flavor too, but it still does not make them poisonous.

Is it Illegal to Eat Koi Fish?

Koi is legal to own and eat in most parts of the world. That said, in many places it is frowned upon.

For instance, in Japan and parts of Southeast Asia, Koi are considered good luck omens, so eating them is considered bad luck.

What is interesting to note is that in the US State, Maine, Koi fish are illegal to import and own.

However, even in Maine there do not appear to be any laws specifically stating that eating koi is not legal.

Yet, this is a total outlier, and in the rest of the world, there are no laws against importing, owning, or eating koi fish. 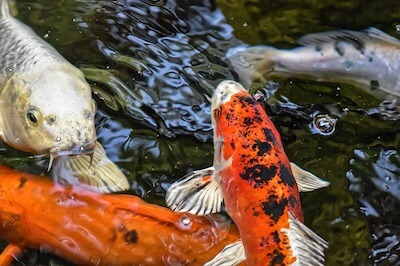 Yet another reason why people tend to stay away from eating koi, besides their texture and taste, is that they are expensive.

Koi fish are considered ornamental fish, and they are often considered to be very special and sacred. This means that they are rather expensive to purchase.

You can buy pond quality koi for anywhere from $10 to $100, depending on the size, but even that is fairly expensive for something you might eat.

There are of course so-called prize or show koi, which can be worth several thousand dollars on average, between $5,000 and $10,000.

Moreover, there are some koi out there that are worth millions of dollars.

Yes, you read that right, millions, with the most expensive koi ever having been sold being worth a whopping $1.8 million. Therefore, in general, koi are considered too expensive to eat.

On that same note, a quality koi that you might actually want to eat and might be able to stomach the taste of would definitely be expensive.

Koi are not only expensive because they are considered prize ornamental fish, but also due to the simple laws of supply and demand.

Many people want koi, but the supply is limited, which drives the price of them quite high.

How To Prepare Koi Fish?

Although eating koi fish is not a big recommendation we will make, if you prepare these fish the right way, they can be edible.

That said, there is not much to go on in terms of how to prepare these fish for eating, mainly because so little people do it.

However, if you want to raise your own koi for eating, one of the biggest tips that we can give you is to ensure that the pond in which they live is quite large.

Also, you want to make sure that the koi pond is super clean and well-maintained at all times.

Remember, fish will somewhat take on the flavor of the water that they are in. On that same note, koi are what they eat, so if you expect a koi to taste good, you need to feed it high quality koi fish food.

People also say that it helps to put a koi in a separate indoor freshwater fish tank for a few weeks before eating, which can help to remove some of that pond-muddy flavor.

Once you get to the stage where you actually prepare the fish for eating, it’s no different than with any other fish.

First off, you need to use a de-scaler to scrub off all of the scales from the skin, because you definitely don’t want to eat those.

Next, using a sharp fish fileting knife, make a vertical cut right behind the gills, from the top to the bottom, and then run your knife along one side of the spine to disconnect the meat from the spine, and then repeat this on the other side.

How To Cook Koi Fish: Recipes

Ok, so we aren’t saying that koi cannot be enjoyable at all. We suppose that a lot of how enjoyable this fish is to eat has to do with the way that it is cooked.

Let’s take a look at a few koi recipes that you might actually enjoy.

Here we have a great recipe from Texas, some nice fish tacos. This taco can be made with koi and other firm white fish.

Now, it involves around 30 different ingredients, so it’s definitely time intensive to make, but people do say that it tastes good.

It involves using a series of spice, herbs, and a bit of batter to deep fry the koi, which is then covered in various toppings, along with some homemade Pico de Gallo and some delicious tequila lime aioli.

Here we have a much simpler recipe, one that has roots in India and Western Asia, one that involves some tasty Asian ingredients like Masala, red chilis, garlic, and more.

It’s a fairly quick and simple dish to make that involves marinating the koi in some aromatics and spices, and then grilling it on an open flame. Grilling is considered a decent way to eat koi.

This recipe involves marinading the koi fish with some aromatics, then frying it in oil (no batter), and then adding a spice paste to it that is made out of ginger, cumin seeds, and a lot of spicy chili varieties.

It’s a good way to get some crispy fried koi that is spicy and has some good broth or sauce on the side.

Let’s be clear here, there are many other fish that make for much better eating than koi fish.

Let’s take a quick look at some of the best alternatives to koi.

If you like relatively mild fish, you may want to stick with freshwater fish, as they don’t come with that inherent oceanic saltiness.

If you would rather have stronger tasting fish, and you want that inherent saltiness you get from the ocean, take a look at these following fish.

The bottom line here is that if you want to get into eating fish, and you want something tasty, although koi is edible and can be enjoyable given the proper preparation and recipe, there are many other fish out there that taste way better.

This is not the first, or even the twentieth fish that we would recommend eating.