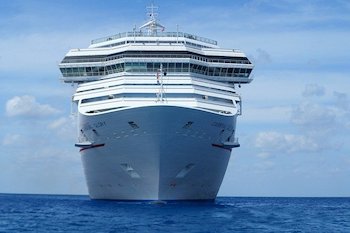 Can You Bring a Fishing Pole On A Cruise Ship?

If you are planning to go on a nice cruise, especially down past Mexico and in the Southern hemisphere, you might be tempted to bring along your fishing gear.

Sure, all of the pools and activities onboard are just fine, but they don’t compare to the thrill of fishing. So, can you bring a fishing pole on a cruise ship?

On one hand, most cruise ships won’t outright ban you from bringing your fishing pole and gear, while a select few do ban it. However, whether or not you can fish off the ship is a whole different story. 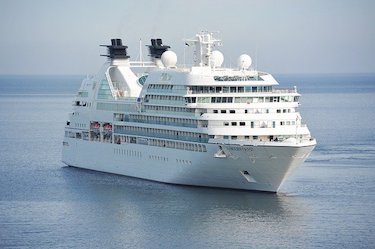 Can You Go Fishing on A Cruise Ship?

When it comes to fishing on a cruise ship, no, most cruise ships will not allow this, if any at all.

There are a few different reasons why you can’t go fishing on a cruise ship;

For one, cruise ship operators are fearful of the man over board scenario. In other words, fisherman do sometimes get pulled over the edge of the boat by fish.

Sure, on a normal fishing boat, this may not be a big deal, as you’re probably wearing a life preserver, the drop from the boat to the water is not high, and you have somebody operating the boat that can turn around quickly to come get you.

However, on a huge cruise ship, people don’t wear life preservers, the drop down to the water can be very far and cause serious injury or death, and cruise ships are massive, so they can’t just stop and turn around to come get you at a moment’s notice if you fall in.

Going overboard on a cruise ship is a very serious issue, one which people have been known to die from.

Another reason why cruise ships won’t let you fish off of them is due to the risk of injury. Remember that cruise ships are packed to the brim with people.

Every time you go to launch that hook or lure into the water, you have to pull the rod back and swing it forward.

Well, every time you go to pull that rod back, you might hit somebody in the head with it or you might get a hook imbedded in somebody, or in yourself.

This is not really a reason why cruise ships don’t let you fish off of them, but it is worth noting anyway. The fact of the matter is that fishing off a cruise ship is rather pointless.

For one, the engine and loud noise of the cruise ship is going to scare most fish away anyway. Next, cruise ships tend to move at a pretty decent pace, so dragging a lure behind it is not going to work well.

Moreover, cruise ships make such a huge wake that it’s probably just going to snap or tangle your fishing line. Normal fishing line is not going to be able to stand up to the strong water current created by a cruise ship.

The other reason why you usually cannot fish on a cruise ship, or even on the shore when the ship makes a stop, is due to fishing license issues. Fishing is a fairly tightly regulated industry, even sport and luxury fishing, not just commercial fishing.

No matter where you go, whether the cruise liner stops in the Bahamas, Mexico, Panama, the Caribbean, Argentina, or anywhere in between, you’re going to need a special fishing license, just like you would in the USA or wherever else you come from.

Getting a fishing license in a country where you are not a citizen is not all that easy.

Moreover, if your cruise ship stops for a single day, maybe just a few hours in one location, you’re probably not going to have time to get the fishing license and then actually go fishing.

By the time you have the fishing license for one country, you might already be off to the next.

You definitely don’t want to go fishing in any country without a license, as some places have some pretty severe penalties for this kind of thing.

Can You Bring Fishing Gear On A Cruise Ship?

Ok, so most cruise shop operators do not outright ban people from bringing fishing gear along for the trip. Beware that all cruise ships are going to have lists of forbidden items that cannot be brought along.

While most cruise ships do not feature fishing gear on the list of forbidden items, most will not allow things like scissors and knives to be taken along.

Of course, fishing scissors and knives are quite important for fishing, and fishing without these tools can be very problematic.

So, while rods, fishing line, and tackle are not expressly prohibited, you’re going to have a lot of trouble fishing without some kind of knife, scissors, or other sharp object to manipulate the line and fish.

They don’t want to take the risk of having people fishing with sharp hooks in the same waters where people are swimming. Those fish hooks can be very dangerous, and instead of snagging a fish, you might snag another cruise member.

Moreover, there is also the fact that fishing from the shore may attract predatory fish such as sharks, which can then also pose great risks to cruise members swimming in the water.

The bottom line is that while you can usually bring fishing gear on a cruise ship because it is generally not expressly prohibited, for one reason or another, it’s quite pointless.

Your average cruise ship is designed to go from one port to another, let people off to swim and see some sights, and then move on to the next port.

That said, as you will see below, there are special fishing cruises out there, also these usually don’t take place on those monstrous luxury cruise liners.

What Are The Best Cruises For Fishing?

Keeping all of the above in mind, there are a select few luxury cruise liners designed for anglers, which will take people to ports where they can fish. Moreover, there are also some cruise lines which offer shore based fishing excursions.

In other words, these cruise liners will stop at a variety of ports, each of which is ideal for fishing, or in some cases, you may be able to purchase additional shore fishing packages too.

Here, you would get off the cruise liner, go to a designated area, then get on a special fishing boat along with other people who paid for the excursion. It’s like an extra activity you can do once you are stopped at a port.

If you are planning on taking a cruise, there are a number of ports which are known for big fishing excursions.

Some of the best places to stop include;

Although the most popular cruise lines such as Royal Caribbean International, Princess, and Carnival Cruise Lines won’t let you fish right off the luxury liners, they do often stop at ports which offer fishing excursions.

It really all depends on the exact cruise line you are booking with and in which locations the cruise is planned to stop in.

Unfortunately, the reality here is that your average cruise is just not designed for fishing in any way. Sure, you can bring your fishing gear on board in most cases, but whether or not you will stop at a port where you will get a chance to use them is a different story.

If you would like to go fishing while on a cruise, you need to check with the cruise line to see if it is OK to take fishing gear onboard. Moreover, you will also need a fishing license for whatever country you plan on fishing in.

Next, there’s really only a point to bringing your fishing gear onboard if you know that the cruise will be stopping in a location that is designed for fishing or that offers offshore day fishing trips with smaller boats. However, you definitely won’t be casting your line from the deck of the cruise ship! 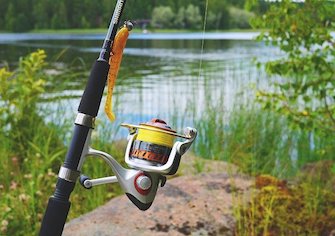 Disclosure: As an Amazon Associate I earn from qualifying purchases. more infoSo, you’ve bought a nice fishing rod and reel combo, you’ve got a bunch of bait, tackle, and everything else in between too. Now it is time... 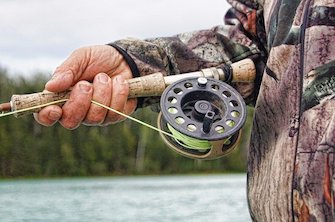 Why is Fly Fishing So Expensive?

Disclosure: As an Amazon Associate I earn from qualifying purchases. more infoFly fishing for some river trout, or whatever other fish you’re aiming to catch in that river or small lake, can be a whole lot of fun. Fly...