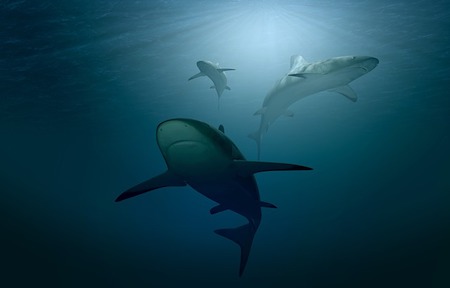 Best Place To Go Deep Sea Fishing In The US

There is no doubt about the fact that the great USA is home to some of the best deep sea fishing in the whole world. There are many different destinations here for fisherman to visit, all of which have plenty of big fish to angle for. When it comes to deep sea fishing, you do want to be well prepared for everything and anything.

The weather can change at a moment’s notice and you definitely want to be prepare to get bombarded by waves and wind. However, for hardcore fisherman, there is just nothing that compares to a deep sea experience.

The short answer is the best place to go deep sea fishing in the US is one of these 8 locations;

8 Best Places For Deep Sea Fishing In The USA

We’ve got a list ready to go and maybe one of these destinations will tickle your fancy. Keep in mind that these are in no particular order, as each of these places has their own unique aspects.

Destin is often called the world’s luckiest fishing village, which is for good reason. This area is close to both the Gulf of Mexico and the East Pass, making it an awesome crossing point for many fish species on their migratory paths.

Here you can get tours that range from 15 to 80 miles offshore. Summer is usually the busiest season, but if you really want to get in some action, going for the October fishing tournament is when you want to go.

Here you will find all kinds of fish that you can go for including swordfish, cobia, amberjack, and others too.

This is often regarded as being one of the very best deep sea fishing destinations in the whole world. This is known as the sport fishing capital of the Pacific and it definitely gets busy.

Kona is the big island of Hawaii and it is a yearlong fishing destination for professional anglers. Many people like deep sea fishing in Kona due to the fact that it is surrounded by mountains, thus creating pretty calm and wind-free conditions.

What is also neat here is that the slope going out from the shoreline is very steep. You do not have to go far offshore here to reach deep waters where you can find massive tuna, wahoo, sharks, and mahi-mahi.

When it comes to round the year deep sea fishing destinations, Galveston, Texas is right up there with the best of them. It’s a great are to fish due to its proximity to the Gulf of Mexico, which brings in warm waters and lots of migrating fish.

You can hire charters or go out on your own, but if you are inexperienced, taking a guide with you is definitely recommended. Here you can find many different species of fish including redfish, flounder, sharks, and cobia too.

When it comes to a temperate climate and yearlong warmth, Seattle Washington is a good place to go fishing. Yes, it might get a bit chilly during the deep winter months, but generally speaking, here you won’t ever get too cold.

Yet, off the coast of Seattle, you will find many different species of fish including many different types of salmon, rockfish, and tons of halibut too.

if you need some good reel suggestions, we have covered our top 3 Penn reel reviews here.

When people think of New York, they usually think of the capital city with its bright lights and bustling Time Square. However, the State of New York itself is often regarded as a big deep sea fishing destination of the world.

The good part about this area is that it is a migratory path for many fish species, making it a great deep sea fishing location between May and October. Here you will find species such as striped bass, large tuna, and several other species too.

Yes, this is a good location to fish from the shore, but there are many deep sea canyons located just a few miles off the coast. Beware that this is the Atlantic Ocean, so waters can get rough and chilly.

Often called the retirement State of the USA, Florida is home to more than just seniors and Bingo games. The Florida Keys is usually considered to be the number one best deep sea fishing destination in all of North America.

Here you will find balmy tropical temperatures with seas that are very calm for most of the year. You can fish from the Atlantic side or on the Gulf of Mexico side too.

Finding sharks, tuna, salmon, halibut, and many other species of fish is what awaits you in this great area.

The Outer Banks, which are located just a few miles off the coast of North Carolina, are known to be one of the most productive fisheries in the USA, and in fact in the whole world. Here you will find tens of thousands of fish species all ready to be snagged.

Hatteras Island is the eastern most point and island in the USA, located near Delaware, and this is where you will find all of the big fish as it acts as a migratory path for fishing moving north with the Gulf stream.

Here you will find fish species such as sailfish, wahoo, yellowfin tuna, and much more, all through the months of April, May, and June (these are also very popular fish to taxidermy).

Although Alaska might not be everybody’s first choice as a fishing destination due to its harsh weather and super cold temperatures, there are lots of fish to be found here. When it comes to deep sea fishing and areas that are not often frequented by most people, Bristol Bay is a prime location no doubt.

Just off the southwest coast of Alaska, this area is actually the shallowest part of the Bearing Sea. Beware folks, the Bearing Sea is a dangerous area. Have you seen that TV show, The Deadliest Catch? It’s a show about crab fisherman.

The point is that here you will see massive ocean storms, so going at the right time of year is crucial if you don’t want to end up in the briny depths. At any rate, here you will find over 5 different species of salmon and huge rainbow trout too.

Whether you want to visit an area that is seldom visited or you want to go to a tourist haven where everybody goes deep sea fishing, on this list there is a little something for everybody. Just remember to bring the right fishing gear for the job, not to mention good clothes too!