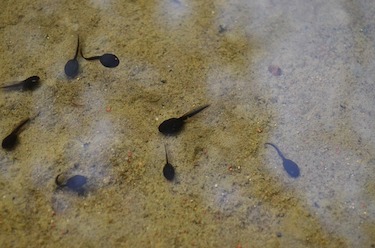 Sure, there are plenty of artificial lures and baits out there, and yeah, most work just fine, but just fine is not good enough. Yes, most fish will go for artificial lures, but the problem is that many don’t move naturally and they don’t have a scent either.

Using live bait is always ideal because live bait has normal motion so it won’t alert the fist. Moreover, live bait has a scent, and fish can smell it.

Many people use worms and baitfish, but what about tadpoles? Are tadpoles good fishing bait? The quick answer here is that yes, tadpoles make for excellent bait for various fish including Bass and Crappie.

What Kind of Fish Eat Tadpoles? 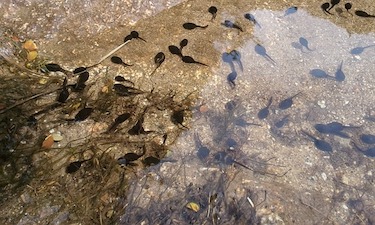 There are many kinds of fish out there that are going to eat tadpoles and be excited about seeing them. Keep in mind that frogs and tadpoles are generally freshwater creatures, so right off the bat, beware that using tadpoles to fish in saltwater will not do.

Saltwater fish are not used to seeing tadpoles, so the chances of the saltwater fish going for the tadpoles are nearly non-existent.

That said, anywhere frogs can be found, so in lakes, rivers, and other bodies of freshwater, are all fair game for using tadpoles as bait.

If the fish in question are used to seeing and eating frogs and tadpoles, then there is no reason why they can’t be used as bait.

Bass, trout, and sunfish particularly love eating tadpoles. In all reality, you would be hard pressed to find a freshwater fish that wouldn’t enjoy munching on a juicy tadpole.

Where Can I Get Tadpoles for Fishing Bait?

The easiest way to get your hands on some tadpoles to use as fishing bait is to go to a local bait store. Most bait shops will have a variety of critters that you can buy and use as bait.

Most of these places will have a selection of worms and grubs, tadpoles, and baitfish too. There are of course other options too.

If you are really serious about fishing, you want to use tadpoles for bait, and you need a lot of them, you may want to look into breeding them on your own.

For this, you’ll need a fish tank and some male and female adult frogs, as well as the proper housing conditions too.

However, if you want a steady supply of tadpoles for fishing bait, having your own living and endlessly reproducing stock is a good way to go.

Your other option here is to go catch the tadpoles where they naturally occur in their own environment. Yes, this is going to take some skill, but with the right net, if you’re in the right location, it is possible to catch some tadpoles.

It is not easy though, as tadpoles are elusive and great swimmers.

How To Hook A Tadpole For Bait?

Something else important to note here is that you don’t want to use a hook that is too thick.

Tadpoles are not huge, so if you use a hook that is too large, you may split the tadpole in half, break it, and just end up killing it right away.

Also, a large hook in a small tadpole is going to be easy for a fish to spot. In terms of the hooking technique, depending on what your goal is, there are a couple ways to go about this.

Between the Tail & Body

If you plan on having the tadpole stay alive for as long as possible, so you can maximize their natural movement to grab the attention of fish, then you want to hook the tadpoles where the tail meets the body.

If you hook the body, you’ll probably hit organs and kill the tadpole right away. Hook the tadpole so the pointy end of the hook is facing the rear, the tail.

If you are going for a more natural look and you want to try and hide the hook, you want to hook the tadpoles head/body.

Yes, this will probably kill the tadpole right away, but the hook will be better hidden from sight so fish cannot see it.

You want the hook to face the rear, the tail, so when you reel the tadpole in, it looks like it is swimming.

Yes, crappie will eat tadpoles. They are fairly voracious eaters and they are certainly not picky. They will definitely eat tadpoles and even fully grown frogs too, as long as they are small enough to fit in the mouth.

Yes, largemouth bass do also eat tadpoles as well as fully grown frogs. it’s a very good bait to try for bass, this is tried and tested to work well.

Whether you catch, buy, or raise your own tadpoles, they do indeed make for great fishing bait, and this is true for many different species of fish.